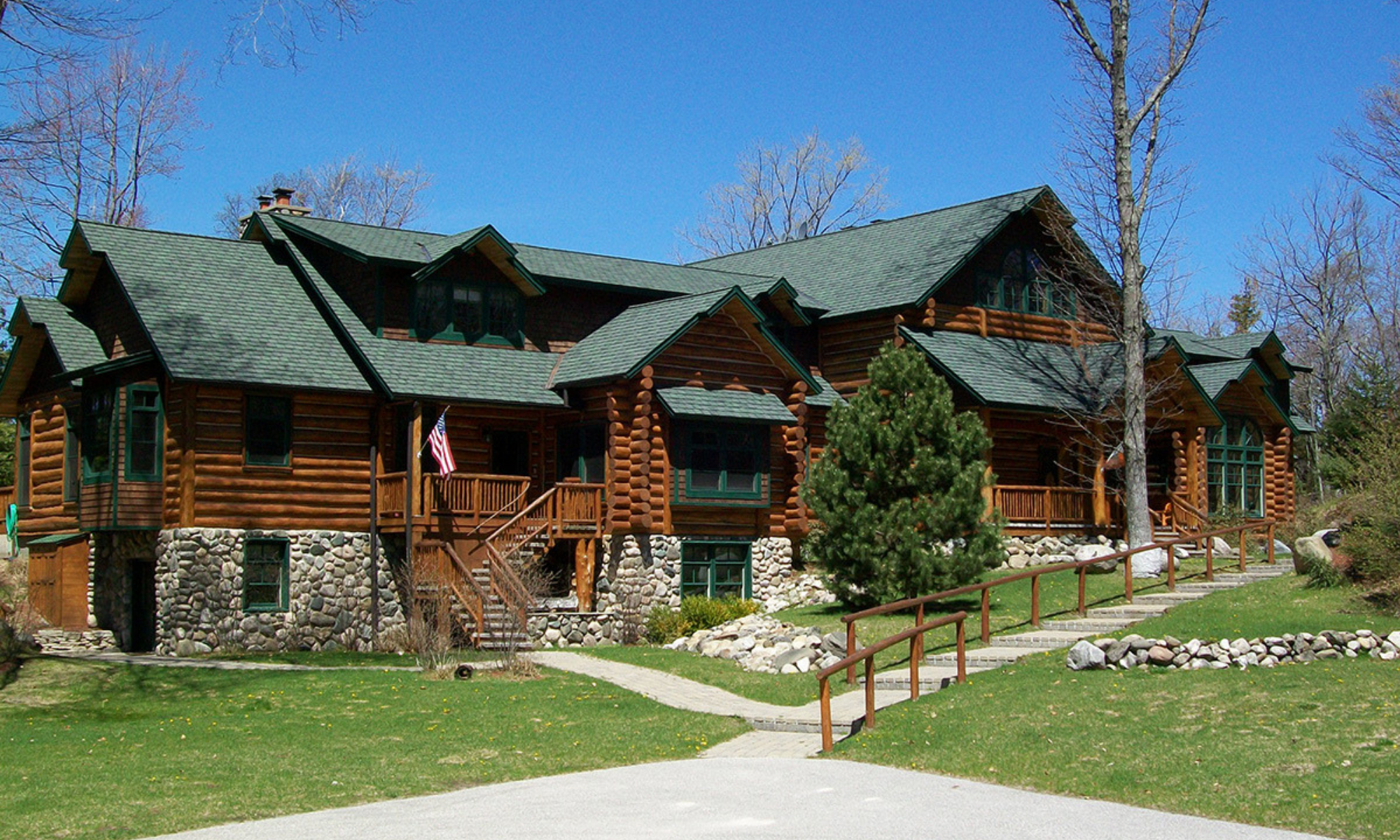 The log cabin from American history started out as basic shelter. Log homes today look nothing like the ones from years gone by. These homes have the feeling of withstanding the test of time with large wooden trusses, solid stone fireplaces, while providing a cozy warmth.There are generally three phases to get you through the building permit process.

This phase consists of taking your wants and likes in various formats. Such as newspaper clippings, hand sketches, pictures, ect. This information will be translated into rough floor plans, and elevations.

At completion of the concept phase, drawings generally provided are:

This phase consists of confirming space locations from the concept phase, adding dimensions, window and door sizes, exterior accents, trims, siding options. We now are creating what the building will look like from the outside. As for the interior we will be adding size to the spaces. Now the remaining two elevations will be drawn, building sections will be more defined.

At the completion of the preliminary phase, drawings generally provided are:

This phase consists of completing the plans for the building permit from the approved preliminary plans. The floor plans will be completely be dimensioned, elevations noted with general notes, buildings sections dimensioned and noted

At the completion of the final phase, drawings generally provided are:

There are others, these are the basic and well known types.

Each project will be reviewed and quoted individually. Some projects require more detail than others and will be quoted accordingly. Projects 3,500 sf and over require a professional seal by a registered Architect or Engineer in the State of Michigan, or the build state for a building permit. There are times when the building official may require a seal if the project is under 3,500 sf. depending on complexity. Every project is unique to its build location, and the building official may require both. We work with both professionals and can get you through the building permit phase.